On 16th December 2013 the draw was made for the knockout stage of the Champions’ League, with Bayern once again be pitted against Arsenal – the team we had beaten at the same stage en route to winning the trophy earlier in the year.

For the Red Dragons, it was the first away match on “home” turf… Bayern were coming to London, and there was plenty time for us to start planning the party! After turning down an impractical offer to host the event from a mysterious character later revealed to be the head of the London branch of the Lüdenscheid-Nord funclub we found a solution – an all-night party at one of the Bavarian Beerhouse (“BB”) venues! With the location all set, it was down to the Red Dragons to fill the venue and turn it into an evening to remember. Hence, we sent out a massive flood of emails to Bayern supporters all over the world. As member of Club Nr 12 they helped us too and included our party in their newsletter! After a short period of time we managed to sell all 300 tickets.

Venue secured, guests booked and decorations procured, nothing could go wrong! At least that is what we assumed. On the evening before the event, i.e. not 16 hours before the doors to our massive party started, we received a call from the owner of the BB, saying that the police and council had visited him saying that the party couldn’t go all night. The council reasoned their decision based upon a dubious post that had possibly been tweeted shortly before our event – in that 4000 supporters were heading our way.

Having talked to Club Nr. 12 they were unaware of such plans. Armed with that information, we managed to secure a deal with the BB. The owner agreed to host the after-party in their other venue with a late licence and bigger capacity, and only those “in the know” and with valid tickets were informed. Finally, everything was all back on again so that in the morning of the match day the Red Dragons gathered to decorate the place before the first guests started to arrive. The atmosphere began to build up as more and more people arrived and before we knew it we were all off to the match!

In small waves of 50 people we made our way to the Emirates and there was a great atmosphere on the tube as we picked out the best pieces from the FC Bayern Südkurve song book. As we finally arrived with all people at the Emirates we enjoyed a masterful performance from Bayern that set things up nicely for the perfect after-party atmosphere. A glorious 2-0 win, and a journey back to the BB to see the night out in style.

In a logistical masterpiece we managed to bring all 250 people through half of London to our Tower Hill “lair”, and celebrated until at least 2.30 in the morning. Great fun was had, with many new friends made! 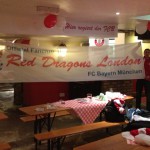 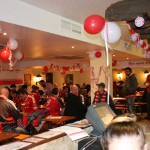 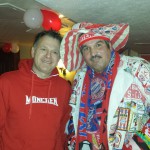 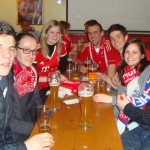 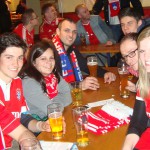 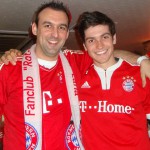 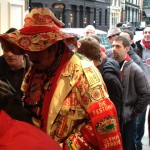 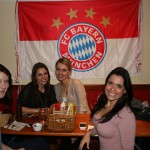 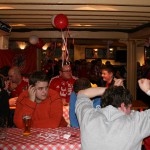 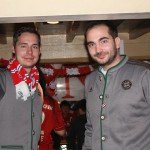 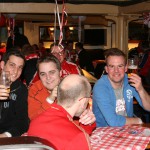 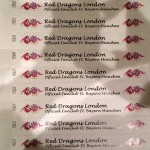 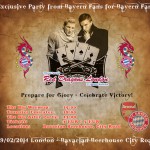 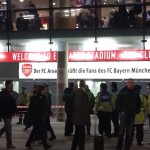 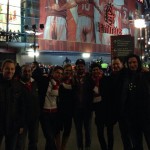 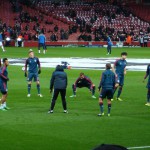 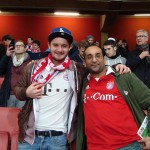 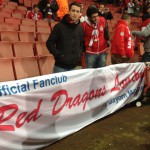 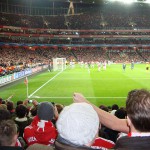 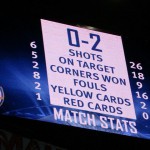 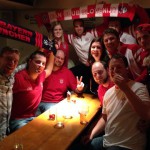