When FC Bayern were drawn with Premiership champions Manchester City in the group stage of the Champions League, preparations started in earnest for the Red Dragons’ first organised journey away from our London lair! Still learning the ropes and slightly unsure of the fan club booking process we advised those of us who were already regular FC Bayern members to order tickets as well – which left us with twelve rather than our requested eight tickets!

At that point we were still relatively unknown among the FC Bayern fan club circle, and had to start a massive marketing campaign to sell the extra tickets – and while making quite a few new friends we managed to shift the lot. With the extra tickets sold and the plan now in place we designed our first flag, and a dozen Red Dragons assembled at London’s Euston station for the journey to Manchester.

Having arrived in the afternoon with the aim of doing a little pre-match sightseeing we quickly discovered that Manchester is pretty much the Dortmund of England – and ended up rather conveniently in a German pub. There we met more travelling FC Bayern fans who advised us to head to Piccadilly – where we joined a gathering of more than eight-hundred people clad in the famous red and white colours!

With this well-drilled red and white army in good voice we’d take the walk to the Etihad Stadium, the highlight being the moment when we found ourselves standing in a tunnel – quiet as mice. Then the Capo kicked off the shout of “Bayern München olé” – and suddenly all eight-hundred went crazy. Encased in a wall of sound, you could feel the goosebumps! The promenade to the stadium was recorded by the Manchester Evening News, and just before the crowd began to move we were interviewed by German channel Sport 1.

The match itself produced one of Bayern’s best performances of the season, in what was arguably Pep Guardiola’s first real test as coach. The men in red ran riot and carved City apart, combining a mix of skill and energy with some awful defending from the home side. Franck Ribéry settled things down quickly with an early goal, and a glorious three-minute spell in the second half saw Thomas Müller and Arjen Robben take Bayern into an unassailable lead. Just to rub it in, we then delivered our own performance of the “Poznan”.

A late consolation goal from Alvaro Negredo wouldn’t alter the buoyant mood, and we left the stadium in high spirits and head back into the city for a few after-match beers to soothe the sore throats and restore lost voices!

The six-hour bus ride back home would produce its own bizarre finale to the story of the Red Dragons’ first away trip, as an air conditioning failure on the “Megabus” created temperatures of close to forty degrees with sweat literally dripping from the ceiling… Temperatures way too oppressive even for us fire-breathing dragons!

After the long journey we all emerged from the bus back in London at the crack of dawn looking like something the cat had dragged in… But was it worth it? Hell yeah! 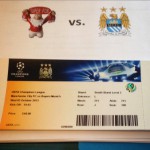 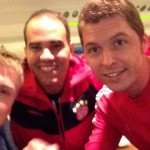 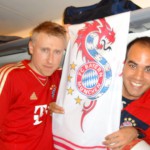 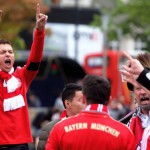 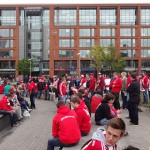 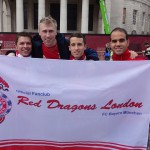 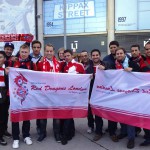 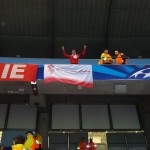 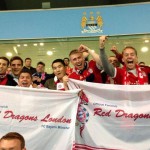 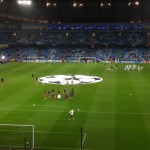 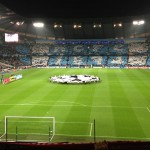 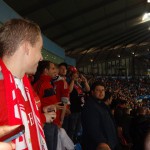 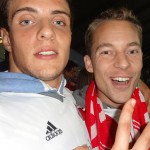 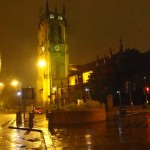